Italian shoppers vote with their feet 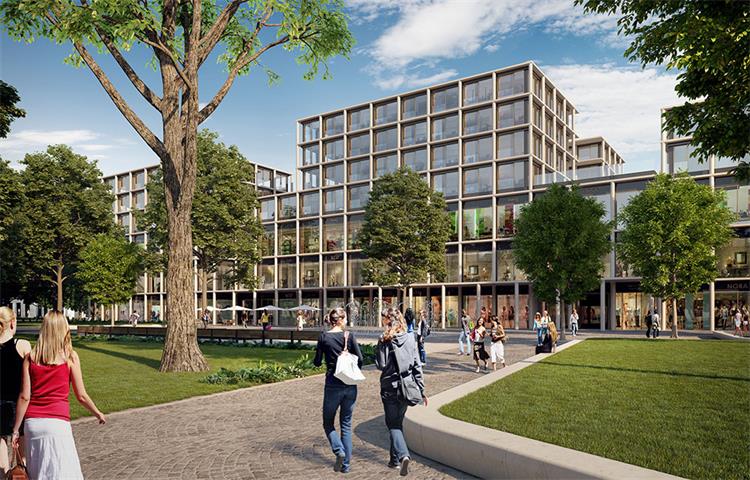 While Italy’s political situation may be in standstill after the recent elections, its citizens remain keen shoppers. A strong domestic appetite for brands, plus growing retail tourism, is enticing investors, developers and retailers alike to choose Italy.

It was a bit like travelling back in time when earlier this year, Italians turned on their television sets to see Silvio Berlusconi back on the political stage, campaigning for his party, Forza Italia, and promising economic renewal for all. Squint, and you could have been in the 1990s, when Berlusconi was still in business as one of Italy’s foremost media moguls and real estate tycoons, and Italy’s attractiveness was undeniable.

However, the Italian retail scene has proved nearly as evergreen as its political icon, requiring scarcely a facelift to see off the worst of the economic crisis, convincing international investors to shop for retail assets with impressive fundamentals even at the height of the downturn.

Now, even the most conservative funds are piling back into prime Italian real estate, while retailers are seeing ever growing opportunities in a marketplace which is increasingly yielding old spaces, such as bank branches, to create new stores. Add to this the consolidation of other retail units as a result of the ecommerce trend and you have a country which is throwing off its reputation for tradition and classicism with an exciting, evolving retail scene.

‘2017 was an impressive year for investment in Italy,’ says Marco Montosi, head of investment for Savills Italy. ‘We saw interest in a range of asset classes, competition was and remains tough for prime assets – Milan offices and high street properties in particular.’

He adds: ‘Although the headline retail investment figures for 2017 are lower than those recorded in 2016, that doesn’t tell the whole story. If we add the preliminaries that were signed in December, the picture is completely different, making 2017 one of the most impressive years for Italian retail in recent times.’

According to Montosi, ‘in terms of trends, we’re see huge demand for high street in Italy’s prime cities – that’s Milan, Rome, Florence and Venice, but interest too in what we call tier 1 secondary cities, i.e. Bologna and Turin, where yields have actually decreased by 50 bps. Even secondary out-of-town schemes are back on investors’ radar.’

US and Asian funds have come back to Italy in recent years. Texas-headquartered Hines has been one of the more active players, investing €800 mln alone in the country in 2016, ‘particularly in the historical centre of Milan with a sensitive exposure to the high street component,’ says Mario Abbadessa, managing director for Hines Italy.

‘This strategy will be the main focus for the next few years. The outlook for Italy is generally positive, with a strong focus on those locations that are able to provide stability and connection with international tourist flow, such as Milan, Rome, Venice and Florence.’

Something curious is happening in Italy’s retail investment scene: after years of dominance by the shopping centre sector, high street assets are the investors’ new darling. ‘Historically, Italy has been associated with significant out-of-town retail projects, because traditionally this was the sector of choice for investors wanting to diversify into retail asset classes,’ says Montosi. ‘But that’s changing. Almost €1 bn out of a total of €2.3 bn traded in 2017 was high street assets changing hands, so nearly half of all Italian retail deals,’ he says.

‘In the past, high street was the domain of a few private investors; it was not very transparent and there was little available. However, this segment has been attracting a lot more institutional money over the last 18 months.’

‘Italy is still essentially two countries, with the most interest in the north and centre.’

Nowhere is this more evident than in Milan, the capital of Italy’s rag trade, where the growth in value due to the huge liquidity available in global markets and the search for better yields than those afforded by treasury bonds have induced a growing number of private vendors to sell.

Private or HNWI portfolios are trading to institutional investors in increasing numbers, with key deals such as the purchase by CBRE Global Investors of the H&M flagship store in Corso Vittorio Emanuele for €220 mln and Amundi’s €92 mln acquisition of a 6,000 m2 asset in Via Verri 4 contributing to recent record figures.

According to CBRE Global Investors’ Toby Smith, portfolio manager for the firm’s European Shopping Centre Fund ESCF II, the trend also underlines the growing recognition in the property world that shopping centres are a highly specialised business. ‘Shopping centres require a totally different management approach to high street retail, and they’re not for everyone,’ he said.

‘Shopping centres are increasingly being owned by specialists – a lot of generalists are not going into shopping centres as they once did, due to the fact that they are effectively living organisms that need a lot of careful, intensive management. High street assets with long leaseholds are more like a bond investment, often with far less available information on tenant performance.’

Nevertheless, Italian consumer enthusiasm for the shopping centre – frequently out-of-town destination schemes – means that plenty of investors are on standby to compete for the best assets, when they become available. The recommencement of selective development activity has improved the benchmark in terms of the quality of Italian shopping centres and, according to CBRE, the rent for a standard 200 m2 store in a prime mall has risen to reach €910 per m2 per year. New mall openings in the greater Milan area in 2016 saw shopping centre rents rise by some 10% that year, and they have continued to edge up by around 1.1% in 2017.

‘While ecommerce is a big issue in leasing, it’s not a significant problem yet for Italy,’ says Silvia Segale, head of leasing for Savills Italy, ’although international retailers are already taking stock of the way things have gone in the UK and the US, and are mindful of how the future might look. Across the board, the general leasing trend is fewer stores per retailer, but not necessarily smaller spaces.

‘Large anchors now like to have key hubs in cities, which is a trend which looks likely to stay. In the UK and the US, we’ve seen that while consumers like to buy at home, they still want a point to collect their goods. They don’t mind waiting or travelling further to stores as long as they have the full availability of articles and the complete experience once they are there.’

She adds: ‘Even luxury retail will be affected by the online trend, especially for certain articles. It is true that many foreign consumers however perceive it as less safe, because they can’t be sure that they aren’t buying fake products. Consumers for the top brands – such as Gucci and Prada – still want to visit and are happy to spend a lot of money in one day in the store.’

As in other countries, the electronics and white goods segment is suffering the most in terms of leasing activities in Italy. ‘First there was the global financial crisis, and then the ecommerce trend,’ notes Segale.  ‘It’s a sector that can survive, thanks to its relationship with innovation, but there’s definitely less shop space being assigned to a full range of white goods, when you can show consumers other models on a tablet in store.

‘High street assets have been attracting institutional money over the last 18 months.’

So stores are reducing store sizes and opening big logistics hubs to develop their omnichannel services. Now the average size of an electronic store in a retail park or shopping centre has changed. 10 years ago it was 3,000 m2 GLA, now it’s half that on average.’

In terms of the north vs. south debate, she still sees the ­lion’s share of activity in central and northern Italy.  ‘Rents are lower in the south, as the general level of consumption is much lower below Rome. There are a few well performing shopping centres in the south of the country, with key exceptions in the big metropolitan areas like Naples or Bari, where there is a good ratio of occupancy to catchment. It’s a cash society so people have money to spend. But Italy is still essentially two countries, with the most interesting transactions and new developments in the north and centre.’

Retailer strategies are today influenced primarily by location, and Milan is currently the place to be in Italy for international brands. It’s the city that is experimenting the most with new retailer formats and names such as Starbucks, Apple, Adidas, and Tiffany&Co have already responded with new openings or planned openings, notes CBRE.

They are not the only names which are attracted by the general revitalisation of the city’s urban areas, thanks to innovative development plans that have made it more pleasant to spend time in the areas around the stores. The city’s significant landlords and developers are investing above all in the locations rather than just the buildings, to create value not only for investors but also for the city.

The number of shopping streets in Milan has increased in recent years, just as its prime shopping districts have undergone a significant evolution. While its high fashion heartland, the ‘Quadrilatero della Moda’, is the area for luxury goods, Via Torino, Corso Buenos Aires and Via Dante are mainly mass-market destinations. Corso ­Vittorio Emanuele II and the ‘Galleria’ are consolidating their positions as prime international destinations, while new hotspots Piazza Cordusio, Porta Nuova and CityLife are bringing retail to the fore in exciting, mixed-use developments.

Unsurprisingly, these newest districts have managed to attract some of the most exciting retailers to reach the city in recent times. Piazza Cordusio is the home of the new Tesla flagship store, is welcoming Starbucks and probably another international fast fashion giant not yet present in Italy, according to CBRE.

Meanwhile, CityLife continues to go from strength to strength, with recent signings including Under Armour which, after entering Italy at the Oriocenter in Bergamo, has chosen Milan for its second store in Italy.

Until Westfield Milan adds its 380 stores, anchored by a four-level Galeries Lafayette, the first in the country, these areas are likely to retain the lion’s share of shoppers’ attention.

‘Decade-long development projects such as Porta ­Nuova and CityLife have now reached or are reaching their conclusion after many years of anticipation,’ explains Pierfrancesco Maran, councillor for the city of Milan. ‘In development terms, we’re now in a turnover phase where the next major schemes will take some time to come on line, but the city’s transformation is continuous.’