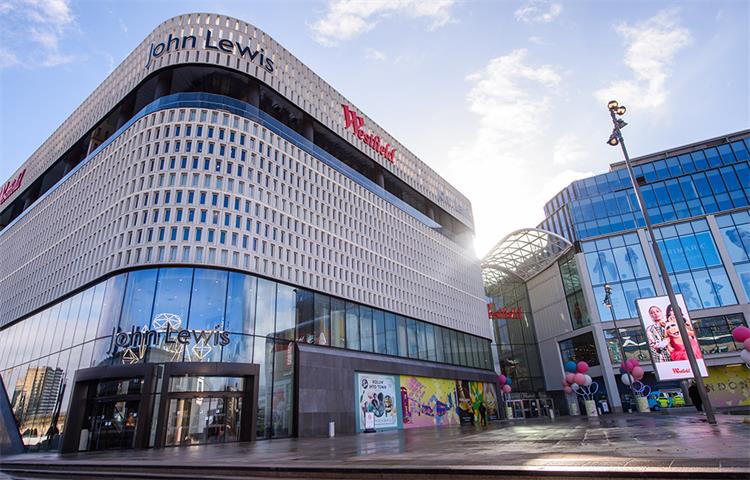 The 68,750 m2 extension will allow more than 90 new shops, cafes, restaurants and leisure outlets to open throughout 2018, taking Westfield London to 240,000 m2, and establishing it as the largest shopping centre in Europe.

Peter Miller, COO of Westfield Europe, said that following the successful opening in 2008, Westfield has been masterplanning this expansion to connect with and stimulate the broader White City regeneration.

‘The further investment ahead of the centre’s 10th anniversary year is testimony to the strength of Westfield London, which experiences high retail demand for space from luxury and high street brands looking to house their flagship stores, along with first-to-market dining and leisure concepts.

‘Westfield London has introduced a number of UK centre firsts, including the first luxury precinct, new hotel concierge services and an expanded dining offer, as well as hosting major international events and film premieres. It is now time to build on that success with the opening of the expansion.’

Westfield London is a 50:50 joint venture between Westfield and German firm Commerz Real, a subsidiary of Commerzbank AG.

The key feature of the expansion is a new state-of-the-art John Lewis department store over four levels and 230,000 m2 (21,400 m2). John Lewis has been the most sought-after retailer in Westfield London shopper surveys since the centre opened in 2008.

New fashion retailers joining the expansion include ­Primark, which is opening a 6,500 m2 store, Chinese brand Urban Revivo with its first store outside Asia, along with Boden, Bravissimo, Stradivarius, Frencheye, Emperor and Charles Tyrwhitt.

‘We are writing a further chapter in the success story of Westfield.’

As well as strengthening its homewares offer with West Elm, Bo Concept, DFS and Raft, Westfield London will be adding to its health and beauty proposition with Space.NK, Urban Decay, a new Boots, expanded Lush and new stores from Molton Brown, Miller Harris, Penhaligons and Blink Brow Bar.

Following their success at Westfield London, H&M, The White Company, Monsoon, Mango, Guess, UGG, Cath Kidston, Pull & Bear and Bershka will be launching bigger and enhanced stores within the expansion.

A new dedicated outdoor events space, Westfield Square, which is one of the focal points of the expansion adjacent to Wood Lane and White City tube stations, will provide a major focus on dining, entertainment and experience and will go live in summer 2018.

Westfield Square is adjacent to the redbrick Dimco Building, which was built in 1899 and was once the engine and boiler houses of the Wood Lane generating station. In the past it supplied energy for the Central London Railways and more recently acted as a layover for buses.

Westfield now proposes to convert this building into a venue to host events and entertainment, such as Burberry’s recent London Fashion Week event.

The additional flagship stores and restaurants will bring the total number of outlets upon completion to 450, with 1,000 additional parking spaces being created – totalling 5,500 parking spaces.

‘Since its opening in 2008, Westfield London has displayed an outstanding performance, and now we are writing a further chapter in this success story together with Westfield,’ said Roland Holschuh, the board member at Commerz Real AG responsible for real estate asset management.

‘The extensive further development of the centre takes into account the high level of demand from current and future retailers. Great Britain, and in particular London, remains an important European market for us.’

As part of the expansion, Westfield London will deliver 1,500 new homes including affordable homes, of which 89 will be completed by summer 2018, in agreement with Hammersmith & Fulham Council. Westfield will also deliver 4,180 m2 of office space that will include Westfield’s new European headquarters.

‘In this latest phase, we have negotiated new social housing, new jobs and new infrastructure that will benefit our residents,’ said Cllr Stephen Cowan, leader of Hammersmith & Fulham Council.

‘We’ve also made sure H&F residents have first choice on the 8,000 jobs up for grabs in the Westfield expansion and negotiated a raft of improvements for White City, including a £3.9 mln (€4.5 mln) investment in Shepherds Bush Overground station, 578 new cycle parking spaces and a new southern station entrance at Wood Lane.’

Westfield will directly contribute £24 mln (€27 mln) to support the development of the White City Opportunity Area, in particular targeted at improvements to infrastructure, education, skills and the public realm.