Transformed by trimming while expanding 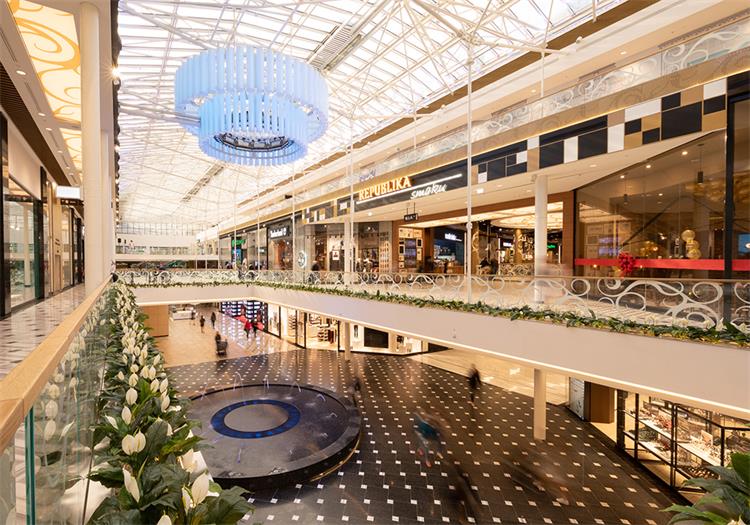 Atrium Europe Real Estate has managed the feat of both downsizing and growing at the same time, divesting itself of its smaller schemes and focusing its resources on prime assets in Warsaw and Prague. The company is reasserting its position as a leader in the CEE region’s retail market.

At the launch of their new-look Promenada retail centre in Warsaw (pictured above) at the end of October, Chaim Katzman, chairman of Atrium and founder/CEO of parent company Gazit Globe, declared: ‘We have recently spent half a billion euros in Warsaw.’ He added: ‘Warsaw is a city which has been transformed.

‘It’s now a tourist destination in its own right – that wasn’t the case a few years ago. And it’s a growing city, with a growing demographic which has increasing spending power. We love the city of Warsaw and we are investing in its future.’

Promenada, one of the earliest modern shopping centres built in Poland’s capital, has seen 44 new brands added, as well as a new food court, and delivered 13,200 m2 of new leasable space, bringing the total GLA to 51,200 m2.

Also on the east side of the river, but further north, Atrium has added 8,600 m2 of leasable space to its Targówek shopping centre, launching a new ‘Fashion Alley’ with 32 new shops, and have introduced 27 completely new Polish and international brands. Total GLA in the centre is now 60,600 m2.

Both sides of the Vistula

On the western side of the river, the company has ambitious plans for its two well-known schemes: Reduta on the western thoroughfare of Aleja Jerozolimskie, opposite the Blue City retail scheme, and the uniquely-named ‘Wars Sawa Junior’ retail centre right in the heart of the city, facing the Palace of Culture & Science. It’s the latter acquisition, for €301.5 mln, which has perhaps caused the most amount of interest.

The line of buildings running along Marszalkowska street are iconic for Warsaw, highly visible to the tens of thousands of citizens and tourists who pass its facades every day. Atrium is well-aware of its importance to the city: ‘As one of the most popular and well-established retail centres in Poland, and with an annual passing footfall of over 60 million in and around the asset, Wars Sawa Junior is a fantastic addition to our portfolio,’ said Liad Barzilai, CEO of Atrium Group.

The scheme doesn’t have any underground parking, which the company sees as an advantage, citing the growing trend for shoppers to leave their cars at home and travel by public transport to city centre attractions.

Investment in these four schemes is part of Atrium’s policy of concentrating on its large key assets. Its strategy is fourfold: improving its portfolio by acquisition and disposal, concentrating on its high-quality assets; strengthening its portfolio by redeveloping and extending its key assets; focusing on placemaking by providing a variety of leisure and entertainment experience elements, mixing the tenants so that they reflect the local environment; and adopting innovative solutions to meet the challenges of new trends such as e-commerce and the resulting changes in consumer habits.

Atrium is leaner, and more powerful for it. 84% of its portfolio is located in Poland and Czech Republic, 44% in Warsaw and Prague. Its top 10 assets make up 67% of its total portfolio value and 45% of its GLA.

On the broader, global trends in retail, Chaim Katzman speaks with a lifetime of experience, giving him a sense of context often lacking in today’s fast-moving world. ‘My job is to convince you that retail is not dead, contrary to what the headlines say,’ he declares.

‘Retail is simply evolving, as it has always done. Many years ago there were no gyms or medical centres in retail schemes. There used to be Blockbuster Video stores – now there’s Starbucks. It’s natural evolution. E-commerce is important – it’s transformative and disrupting – but the basics of retail will always be bricks and mortar, which is convenient and inviting, a place to bring your family.’

Brand awareness is increasingly important for retailers, he states, so the best locations are only going up in demand.

Katzman cites Amazon’s purchase of Whole Foods in the US as evidence that online retailers are realizing the need for visible shops as a fundamental part of their operations. ‘We believe the future holds what we call a “multi-channelling” concept, where e-commerce is one of the arrows in a retailer’s quiver.’

According to Katzman, the empty malls in the US which have set alarm bells ringing among the public are simply down to low demographics in the local vicinity – which Atrium believes is not an issue in the case of Warsaw or Central Europe.

In fact, it is the global trend of urbanisation that underpins Atrium’s confidence in their strategy. The combination of increasing salaries in the capital cities of Poland and Czech Republic and, in turn, in the purchasing power of their residents, makes for a double boost in the underlying fundamentals. ‘The population of Warsaw will have grown by 12.2% over the 20-year period from 2000-2020, and Prague even more so, by 13.7%,’ states Liad Barzilai – with more growth to come.

But it’s not just the improvement in the fundamentals which Atrium is relying on, but also on good old-fashioned centre management. According to Scott Dwyer, COO of Atrium European Real Estate who lives in Warsaw, Pop Up stores – which are usually set up for around 6-12 months – have been a big success in Promenada, both amongst the retailers and the shoppers.

‘Pop Ups can be like incubators for both local retailers who are trying to establish themselves, as well as online retailers who are thinking of opening a store. Of the 12 we’ve had already in Promenada, five will set up as stores.’

While thinking big, Atrium is also thinking local, and it’s proving to be a formidable combination.