The end of omnichannel? 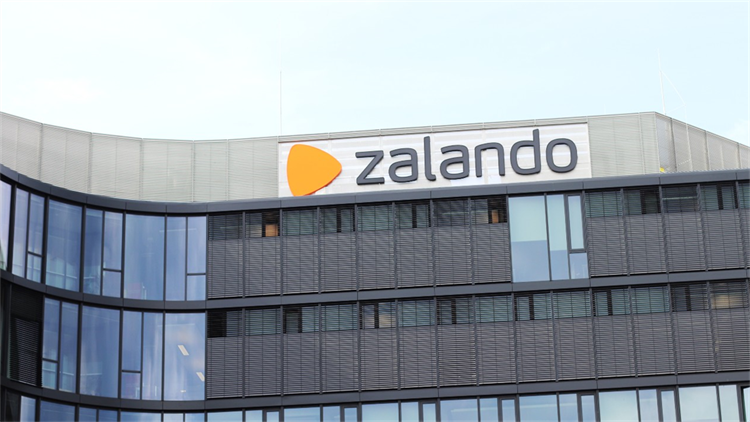 The days of ecommerce platforms and physical stores seeing each other as direct rivals are long gone.

But in a world where consumers are presented with multiple acquisition routes, online and offline are now being charged to redefine their relationship in a much more direct way, suggests Carsten Keller - VP direct-to-consumer, at retail giant Zalando.

‘Connected Retail is the easiest way for brick-and-mortar lifestyle retailers to generate online revenues - and build lasting relationships with more than 34 million customers all across Europe,’ he adds.

While Zalando started out in Germany as an ecommerce-only site back in 2008, initially specialising in the sale of footwear, as the choice available on the platform expanded over the last decade, so did its physical and logistical challenges.

‘Our journey started in 2016: Zalando had embarked on a journey to become a platform. At that moment in time, we had already opened up for brands to sell directly to our customers.

'But we realised that - despite hundreds of brands integrating their warehouses into the platform - Zalando customers were exposed to four fundamental challenges: product availability, product choice, delivery speed and sustainability. These are relevant problems to solve - and a huge opportunity for everybody,’ Keller notes.

‘Hence, we took a closer look: Who could help overcome these four challenges? And guess what, we found the answer in …offline retail. European offline retail has more than 300k stock locations with more than 25 billion items on offer at any point in time.

'All stores together represent the largest and most distributed stock pool for lifestyle product on the planet. And furthermore, physical retail has the highest proficiency in local assortment curation. The idea of connecting more than 300k physical stores to more than 34 million Zalando customers was born - Connected Retail.’

Win-win
For Keller, the concept creates a ‘win-win’. ‘For the customers, as they get the product they want faster (e.g., same day) in their size at any point in time; for the retailer,as they substantially grow their top-line via Zalando and accelerate stock turn to offer fresher assortment.

For Zalando, by making the platform more relevant. And ultimately for the planet, by shipping articles from stores closest to the customer.’

The initiative uses physical stores not only as last mile depots but – unsurprisingly - as shop windows. ‘Putting all these items in warehouses feels wrong given that the items are on display in 300k stores all across the continent.

'In 2020 alone, we expect to receive up to 150 million requests from customers asking us to notify them once the article of their choice was back in stock.

‘Hence, Connected Retail aims to make every style available in every size to every customer at any point in time. Our lives have accelerated so much during the last decade. And ever more often we need something just right now: matching heels for a dinner party, new running shoes for the weekend.

Having it delivered on the same day would be so cool - but from a warehouse on the greenfield it will not work. A store in proximity to the customer, that has exactly the matching heel on offer is the solution.’

Connected Retail started integrating the platform’s first stores in Germany four years ago. It’s already something much bigger. ‘Today, the network has grown to more than 2,000 stores. Lately, we made the model available to retailers in the Netherlands, Poland, Spain, Sweden. And as of November 2020, we are making Connected Retail available in Denmark, Norway and Finland.

'We strongly believe in the local aspect of the model connecting local retail stores with local customers. Hence, we will further accelerate the internationalisation in 2021 to additional markets. Retailers in Central and Southern Europe stay tuned!’

Treasuring physical stores
Another Zalando initiative this year, headlined with the hashtag, #supportthestores, has further reinforced this burgeoning relationship. ‘When the pandemic hit Europe in March, we decided to become part of the solution.

'Physical retail stores were exposed to the existential risk of short-term financial distress: The majority of fixed costs prevailed as the entire top-line was lost. Credit lines were limited and payback due. Many of the retailers - some businesses with over 100 years in existence - that we already worked with were in between a rock and a hard place.

'This was very emotional. We wanted to help. Hence we founded our initiative #supportthestores leveraging Connected Retail to recoup at least some of the lost revenues for the retailers. We communicated that we entirely waived our commission, accelerated pay-outs and put physical retail stores front line - visible before our own stock. We localised the offer to enable customers to shop in stores in their region and support the high street - as an important part of our communities.’

Keller adds: ‘Consumers loved it. We saw strong traffic towards the #supportthestores campaign on our site. We had massive support for stories from the stores on our Instagram channel. And we have shipped more than 3.4 million parcels from connected stores to Zalando customers since the start of the campaign on 1 April. This feels so good.’

He underlines: ‘This is not the end of online. This is the starting point for something bigger. Finally, we overcome the boundaries between online and offline. And build something stronger together for the good of all.'

What can physical stores learn from Zalando?
‘I strongly believe that we are learning together - online and offline. Customers do not live online or offline lives. We all have long integrated both worlds via mobiles.

'However, physical stores so far have not overcome the visibility issues: customers prior to a shopping trip have no way to see what’s on offer in specific stores and no way to reserve specific items prior to hitting the high street. But this is exactly what customers would expect from a perfect shopping trip in the 21st century,’ Keller says.

‘Physical retail has been engaged in a dialogue around multichannel and omnichannel solutions for the past 20 years. With Covid-19 the pressure to be digital has increased but the confusion about how to get there prevails.

‘Many physical retailers have resisted online - and I believe many have done so for all the good reasons. Online is costly as it requires vast investments into infrastructure, technology and assets. Winning online requires scale and most websites do not have scale - gaining scale though is too costly. And here, I strongly believe, platforms like Zalando and models like Connected Retail provide a solution to the everlasting question: How should I go digital? And we are building this together… as the job is by far not done.’

The pandemic has also accelerated requirements for ecommerce efficiency. ‘We have all seen how Covid-19 put online growth on warp speed: ten years of growth packaged into several months. The likely transition of established offline customers into online shopping represents an even stronger urge for offline businesses to find efficient ways of digitisation,’ Keller says.

‘The most prominent high streets in Germany have seen only slow recovery from lockdown with several locations down in in-store traffic by more than 30% still. This situation will further accelerate the relevance of platforms like Zalando for both consumers and businesses. And for the businesses it will be key to select the platform that provides scale of business, reliability and degrees of freedom to build lasting customer relationships.’

Is the omnichannel concept still relevant?
Looking at the big omnichannel picture to date, Keller pulls no punches. ‘Omnichannel has been a failure for a long time. The crisis has brutally uncovered what has been missed.

‘Platforms are now overcoming the basic flaws of the omnichannel model. We are making scaled infrastructure accessible for everybody. Retailers have requirements.