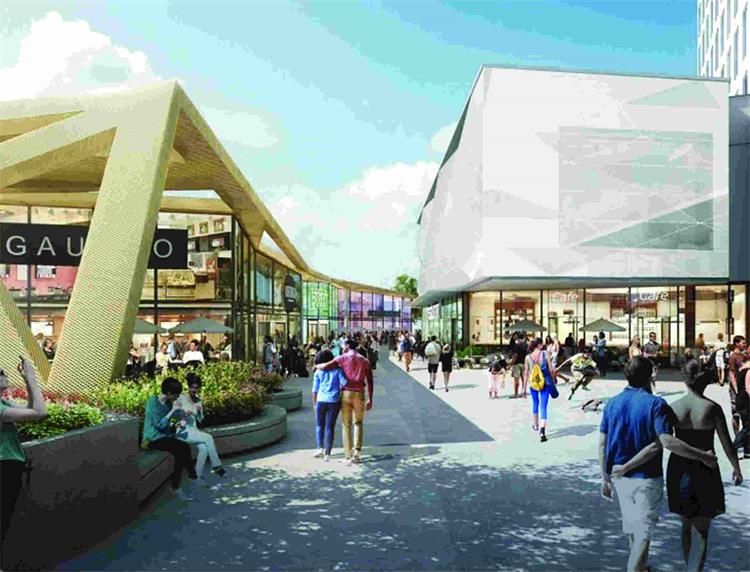 They’re big and beautiful, but the Nordics face a number of retail challenges.

Large shopping centres are replacing smaller schemes to meet the needs of an expanding urban population and retailers are tapping into this growth.

With a population of around 26 million, the Nordics count as the equivalent of a medium-sized country. However, with a geographic area of some 3.5 million km2, and distances from key cities such as Oslo to Stockholm wider than from London to Paris, it’s not surprising that some retailers seeking international growth are put off by the apparent size of the challenge.

For innovative retailers such as Rituals, JD Sports, Victoria’s Secret and SuperDry, though, it’s not the size that counts, it’s the opportunity this market presents for store openings – but they are urged to pick their
location carefully. According to Lars Flaoyen, head of Nordics property research at Aberdeen Asset Management, the region is oversupplied with shopping centres of ‘mostly average quality’.

The winners will be the biggest destinations offering the best shopping and entertainment experience at one end, and small convenience stores at the other. Some shopping centres are already closing, with land reallocated for alternative use such as residential.

Remi Olsen, head of retail at leading Norwegian commercial real estate agency Akershus Eiendom, says this will help bring the vast amount of shopping centre provision down from 470 m2 per capita, closer to the European average of around 275 m2.

‘We do need above-average shopping centre space across the region because of the geographical differences, but we don’t need double,’ he notes. However, what consumers in the Nordics are increasingly demanding, says Olsen, is the sort of shopping centres they visit when travelling overseas, such as a Westfield or a Unibail-Rodamco mall, and some of the region’s biggest developers are responding.

Helsinki-listed retail landlord Citycon plans to demolish its existing shopping centre in Lippolaiva, Espoo, one of the wealthiest areas in Helsinki, and replace it with a scheme double the size, which will accommodate public amenities including healthcare facilities and a library as well as 350 residential units.

In Oslo, Klépierre’s Nordic arm Steen & Strøm is likewise demolishing an existing centre to build a new scheme. Økern Senter, now named Noor, is an ambitious city development project comprising 163,000 m2
which will include a water park, cinema, hotel, residential area and culture, in addition to a new shopping destination which will be one of the largest in Oslo.

POPULATION GROWTH
Sustained population growth across the Nordics is proving attractive to ambitious retailers, but penetration by international retailers remains low relative to other European markets. To some extent this is due to strong domestic brands in key segments (for example fast-fashion retailers H&M, Lindex and
KappAhl), but also due to a lack of understanding of market opportunities, according to a report produced by the Nordic Council of Shopping Centers in 2016.

Capitals such as Oslo are recording population growth of between 1.2% and 1.5% per annum. ‘There’s not one single country in Europe that is showing this type of solid growth. And the people there have money,’
says Citycon’s Kokkeel. ‘It has stable economies and a transparent and international business culture and it’s becoming more and more cosmopolitan. It also has the fastest growing cities in Europe in terms of demographics,’ he adds.

The population growth is not just confined to the capital cities. Smaller cities are also seeing growth of between 0.5% and 1%. ‘We’re seeing more people coming to the cities from the north of the region, urbanisation started late in the Nordics. And in cities like Stockholm and Oslo, we’re also seeing people coming from other countries. They come for the jobs,’ Kokkeel notes.

Population growth has attracted a growing number of new names as more retailers recognise the value of the Nordic story. ‘Primark is doing very well in Finland,’ adds Kokkeel. ‘The Finnish love bargains and discounts. The poor people need it, the rich people love it!’

One brand that every retail analyst thinks would benefit the Nordics is Uniqlo. ‘The Nordics are really holding out for it. Uniqlo has a down-to-earth offer, they offer quality, value for money and no frills – that’s exactly what Nordic people like,’ says Kokkeel.