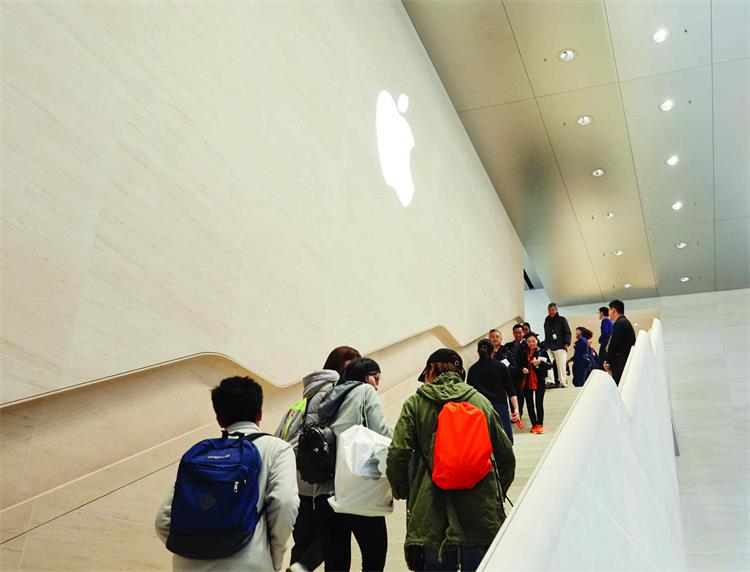 It started with Apple in 2001 when the computer giant opened its first physical stores in wealthy suburbs of Virginia and California in the US. Hundreds of people queued up before the stores opened. It took more than a decade for another computer giant, Samsung, to follow suit and launch its ‘experience stores’ across the US and Europe.

At the time, commentators were surprised at Apple’s entry onto the high street. They’re not surprised now: direct customer interaction has helped the multinational to not only raise the profile of the brand across a much wider community than its core of ‘creative tekkies’, but develop a much wider selection of products and services as well.

Where Apple led the way, online stores slowly began to follow. Now there’s an avalanche of online stores going offline. On the face of it, this is good news for worried retail landlords, both in terms of retail space being filled and the creativity that online technology can bring to shopping centres and the high street.

But the onset of showrooming, whereby shoppers visit a store only to leave empty-handed, preferring to buy online, means that the debate goes on as to where a sale takes place.

According to Andrew Phipps, CBRE’s head of UK & EMEA retail research, ‘shopping centre owners are worried that people are spending less money in store, though they’re not spending less money on retail. Where does a sale get counted? Click and collect may be online, but without a store’s support, it could easily have been bought elsewhere’.

What many e-commerce retailers are bringing to physical stores is a greater awareness of who their customer is, thanks to superior customer tracking. Julia Bartel, digital customer experience consultant at Capgemini Consulting, says this is leading to substantial improvements compared to regular stores. ‘Often, e-commerce companies know their customers better (due to web analyses like tracking of user habits, click streams, queries and so on) and they use this knowledge in order to design innovative stores that are in alignment with the customers’ needs,’ she says.

The real retail winners, though, will be those who are truly omnichannel, such as cosmetics company Sephora, fashion brand Oasis and John Lewis, the UK department store.

ZALANDO
Europe’s biggest online retailer, Zalando, which launched in 2008, has three outlet stores – in Berlin, which opened in 2012, Frankfurt, which followed in 2014, and Cologne, which opened in summer 2016. The online retailer reported a 25% rise in revenues to €1.1 bn over the fourth quarter of 2016. More online stores in Europe and the US are experimenting with physical outlets. While parading their e-commerce credentials, they are quietly trialling physical outlets through opening pop-ups.

AMAZON BOOKS
Amazon opened its first physical bookstore in Seattle last year, and has transplanted its online methods of selling to its stores. Rather than books being slotted into shelves, they are presented with covers face on and reader recommendations are shown. The presentation of the products is only partly comparable with a classic bookstore but does much more to follow the data-driven findings from the online shop. Even the product range is optimised based on the online purchases of the customers living in surrounding areas. Amazon has opened two more Amazon Books on the US West Coast and more are planned in Chicago, Boston and New York this year.

AMAZON GO
Not content with a bookstore, in December Amazon began trials of a brand new food shopping concept: Amazon Go, located in 1,800 sq ft (167 m2) of retail space on 7th Avenue in Seattle. Currently open to Amazon employees only, it plans to open to the public later this year. The Amazon Go stores don’t require shoppers to check out, so there are no queues. The checkout free shopping is made possible by the same type of technologies used in self-driving cars: computer vision, sensor fusion and deep learning. The company calls it ‘Just Walk Out’ technology, which automatically detects when products are taken or returned to the shelves and keeps track of shopper purchases in a virtual cart. A shopper’s Amazon account is charged and a receipt issued on departure from the store. All that is needed is an Amazon account, a supported smartphone and the free Amazon app. However, Amazon can’t claim to be the first unstaffed store. In Europe, Swedish tech entrepreneur Robert Iljason opened a staffless store in the village of Viken last year and is reported to be planning more across the country.

MISSGUIDED
Fashion brand Missguided, created by Nitin Passi, launched in the UK in 2009 as an online retailer. It has since expanded across the world, but last November unveiled its first stand-alone store in the Westfield Stratford City shopping centre in London. The 20,000 sq ft (1,850 m2) store is the latest in the brand’s steps into the physical realm. It has concessions at Selfridge’s in Manchester and Birmingham. According to store designers Dalziel & Pow, Missguided made ‘a high-impact debut into physical retail, with a uniquely Instagrammable, playful and unexpected store experience. ‘Breaking the rules of conventional high street retail, the new destination at Westfield Stratford City immerses retail addicts in the Missguided brand which is fearless, fun and self-expressive. This is the first bold step in Missguided’s ambitious strategy to rise from hugely successful online retailer to global leader in rapid fashion.’  Andrew Phipps, CBRE’s head of UK & EMEA retail research, said: ‘It’s high concept, high impact, squarely aimed at the customer that shops the brand online.’

BONOBOS
Bonobos is an online men’s apparel company established in New York in 2007. In February 2011 Bonobos launched its ‘guideshops’ in physical locations, partnering with upmarket department store chain Nordstrom from April 2012, which now offers the brand in all its 118 stores. Bonobos currently has 30 physical stores across the US and is planning more. While customers can just walk in, Bonobos recommends they make an appointment before visiting. Once in store, they can try on and order goods that are then shipped directly to their home. The experience has been described as shopping online with a personal experience thrown in. Another trend sees some of the more traditional US men’s brands following the lead of their online challengers. Gant, which has physical stores across the world, has opened its first Gant Lounge on Wall Street in New York. Just 19 months after its online launch in March 2014, German fashion brand EDITED, part of Otto Group’s e-commerce start-up subsidiary Collins, brought its brand experience to the high street. The product range includes roughly 200 brands consisting of established labels, exclusive newcomers and EDITED the label. The brand now has four physical stores in Germany: Hamburg (opened in late 2015), Berlin, Munich (both 2016) and Frankfurt (opened in March this year).

PRO:DIRECT
Pro:Direct, the world’s largest online soccer retailer, opened its fi rst physical store in London in 2014. Called LDN19, it is spread over two fl oors and is a ‘digital mortar environment’, fusing digital technology with its physical environment. The company describes it as a ‘next level football store that guarantees a one-off , exclusive shopping experience through an extraordinary combination of virtual and physical retail’.

MISTER SPEX
Europe’s leading online optician Mister Spex, founded in 2007 as an online optician, opened its first store in the Alexa Shopping Centre in Berlin in February 2016. While its first physical stores were much heralded by the company, the retailer admits that its core business remains e-commerce. At the official opening, Dirk Graber, founder and managing director of Mister Spex, said: ‘Opening our own Mister Spex store was the next logical step for us. With Alexa we have found an attractive and much visited location.’

Lessons learned from the retail store operation should also become part of an expanded partner programme, which Mister Spex is currently working on. ‘By cooperating with our opticians there is still plenty of potential for both sides, which we would like to explore together,’ says co-managing director Mirko Caspar.

ETSY.COM
Etsy.com opened its fi rst pop-up store in Macy’s New York last February. Commenting on the move, Marc Mastronardi, executive vice-president at Macy’s, said: ‘Macy’s Herald Square is one of the most dynamic shopping destinations and retail experiences in New York City. For designers to showcase their products to a locally and globally diverse customer base in the exciting, selling environment of Herald Square, is an incredible opportunity for both wholesalers and customers.’

MADE.COM
On its website, online furniture store made.com, says: ‘We think the high street and expensive designer brands give consumers a raw deal. That’s because everyone along the way takes a cut, from agents to landlords.’ The website adds: ‘No physical stores. No middlemen.’ That may be the case, but it hasn’t stopped the brand opening a showroom in London, which offers products, coffee and fabric samples.