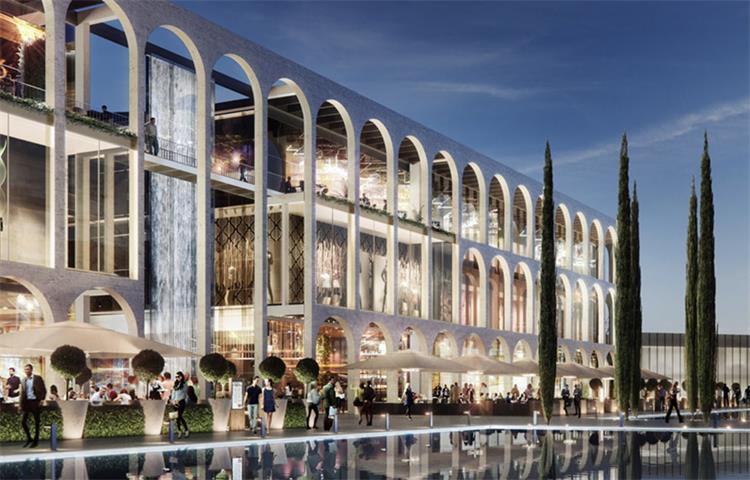 Italy has returned to a ‘golden age’ for development, as investor appetite for high-quality retail real estate assets and impressive consumption dynamics collide, according to Massimo Moretti, president of the Italian Council of Shopping Centres (CNCC).

‘From a development point of view, it’s a key time for Italian retail real estate in terms of quantity and quality,’ Moretti said. ‘Recent openings as well as the new pipeline schemes are of an exceptionally high architectural level, attracting top brands.’

Westfield Milan, a shopping centre covering 170,000 m2, will be the first Westfield in Italy when it opens in 2019. Situated in Segrate, with easy access to Linate airport, its merchandising mix and innovative structure are likely to attract tourists travelling to and from the airport, as well as residents from the suburbs east of Milan.

The scheme will house approximately 380 stores, a luxury village, leisure, entertainment and dining precincts and 10,000 parking spaces as well as the latest in digital technology, personalised shopping and tourism services.

BEYOND THE BIG CITIES

Meanwhile, Merlata Mall, in the north-west of the city, near the Expo2015 site, will deliver 65,000 m2 of shopping in the middle of a park which is part of a wider brownfield redevelopment dubbed Cascina Merlata. With an expected footfall of around 10 million per year, it aims to become a centre of activity for this new area of Milan, completing in 2019.

Regional cities are also driving change, with the Alto Adige town of Bolzano attracting the UK’s David Chipperfield Architects for an outstanding downtown scheme, transforming an old bus station into a dynamic mixed-use development called WaltherPark. With a shopping centre at its heart, high-quality residential, a hotel and F&B provision complete the line-up.

Investor-developer Aedes is working on its Caselle Torinese development scheme, a hugely ambitious open-air mall near Turin with more than 250 stores across 120,000 m2 of GLA, 15% of which will be focused on leisure.

‘Its signature features are its fully natural open-air ambience with porticoes and awnings, ensuring everywhere maximum protection from unpleasant weather conditions. Only the food and beverage area (much more than a traditional food court) will be enclosed and climatised.’ According to Roveda, the search for ‘authenticity’ lies at the heart of the project, distinguishing it from a more ‘artificial’ shopping centre environment.

Sonae Sierra’s CityLife Shopping District, which opened before Christmas, is now the largest urban shopping area in the country, spread over 32,000 m2. It has a catchment area of 700,000 inhabitants for its 100 retail units, cinema and health club.

‘This project marks a new trend of complex, mixed-use inner-city projects revitalising the retail offer of our biggest cities,’ Moretti said. ‘Italy also has to step up and make more of these projects feasible, rather than just allocate out-of-town space for shopping centres.’