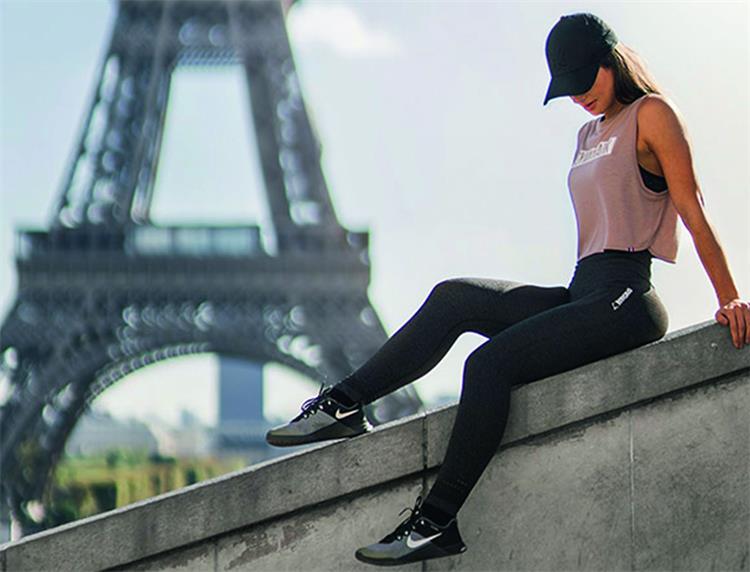 Gymshark is the UK’s most ambitious new gymwear brand and it’s helping to drive the fast growth of the athleisure sector. Nicky Godding spoke to CEO Steve Hewitt

Fasten your seatbelt. This is retail for the 21st century. You won’t find Gymshark on the high street, unless someone’s wearing it. You won’t find it on soulless edge-of- town retail parks either. The only place you can buy Gymshark now is online. This brand sells direct to the consumer and its biggest shop window is social media.

Gymshark is one of athleisure’s fastest growing brands. Launched only five years ago by Ben Francis, who was just 19 at the time, it generated annual sales of over £40 mln (€44.7 mln) this year and the company is confidently projecting sales of £80 mln next year.

It’s an incredible story. In 2012 fitness fanatic Francis started making and selling gymwear while at university. He and his friends felt there was no sportswear which reflected their personalities, so they did it themselves, spending hours on a sewing machine and screen printer. And they hit a rich seam of demand.

As a teenager, Francis had built websites (his first fully functioning website sold licence plates), then he moved on to computer development, creating fitness apps. So Gymshark’s website was born. Sending their products to YouTube fitness stars they admired, they quickly learned the benefits of online influencer marketing, which remains the company’s fundamental marketing strategy today.

In three years Gymshark was achieving a turnover of £4 mln, but success was catching up with them and there were issues with product and on time delivery. As CEO Steve Hewitt, who joined the business in 2015, explains: ‘99.9% of people of their age and experience would have failed, but Ben was determined. He also understands his consumer inside out.

He is that consumer and lives the brand, but at that age you don’t know what you don’t know. I came into the business to add structure and experience.’ Hewitt asked Francis: Do you want to be a regional UK lifestyle brand, or do you want to become a global player? ‘Ben said he wanted to impact and inspire as many people as possible, so that’s what we’re going out of our way to do.’

Athleisure leaps ahead
Gymshark’s roots are in the gym, but it’s now developed into athleisure, or activewear, probably the fastest growing retail trend in the world. The company’s target market is those aged between 18-25, whose lives revolve around fitness, fashion and music.

‘Our overarching focus, full stop, is to understand the 18-25 age group in our sector better than any brand in the world,’ says Hewitt. ‘We do that by being content-led.’ For the Millennial generation, it’s all about the experience and emotion. ‘Price matters but more importantly it’s about being part of something. Our followers are loyal, but they can also be very fickle. If we can’t be bothered, or seem to be taking our success and customers for granted, they’ll be quick to call us out.’

It’s easy to do that on social media. Gymshark knows its room for error is very small, but Hewitt’s view is that if you look after the brand and its community, the numbers look after themselves – if you have commercial common sense.
Gymshark also pulls in 14-year olds, its customers of the future. ‘They are our Young Sharks, our next point of entry,’ says Hewitt. And of course, there are the 35-44 year-old fitness enthusiasts.

Around 90% of the brand’s consumer interaction comes through Instagram. Gymshark currently has
1.6 million Instagram followers and close to four million across all social platforms.

Visionary ambition
Hewitt is fizzing with ambition: ‘We have one chance. We want to make awesome product. We want to have owned IP. ‘We are visionary in building a cult community and we want to be visionary in other areas too: wearable tech is on our radar. We want to get closer to our consumer.’

The vision also involves physical retail, but on Gymshark’s terms. ‘We want to take the brand to key cities across the globe. We did Mercer St, Manhattan, New York, just up from Lululemon and Nike Lab. Two hours before we opened the pop-up store, there was a queue four blocks long,’ says Hewitt.

A pop-up opened in London during the summer, and next year there are plans for pop-ups in Paris, Los Angeles, Stockholm and another in London. Each pop-up is only open for two- three days and there are no current plans to establish physical stores. ‘We are an online retailer and sell direct to the consumer,’ says the company, (but other e-commerce brands have said the same thing, before moving onto the high street).

A brand for Millennials
Gymshark is a Millennials business. ‘We say that our legacy is not our bank balance. We want to make a difference in people’s lives,’ says Hewitt. Francis adds he would rather know he’s affected people’s lives positively than having £1 mln in the bank, or a Lamborghini.

Hewitt adds: ‘Ben could go on any holiday or drive any car he wants. But as a Board we have gone out of our way to ensure he stays real. And he’s up for that.’ Gymshark sees itself as aspirational and affordable. The high-quality photography, videography filmed across the globe and the carefully chosen brand ambassadors deliver the first, the second is delivered by its ‘direct to consumer’ model, cutting away retail outlets which need their own margins.

Manufacturing is done in the Far East but the company is hoping to move some to Turkey and Portugal. It would love to have some manufacturing in the UK if it can find the right sourcing partner and is putting significant money into research and development (‘Art plus science equals wonder’, says Hewitt).

Global opportunities
If the global opportunity for Gymshark is 10/10, Steve says the brand is currently at 2/10. There is phenomenal growth potential, but the company isn’t complacent. ‘When we launched our flex leggings this year we sold out of a large quantity with a proposed four-week cover, in 11 minutes,’ Hewitt says. ‘We had teams high fiving but we said, let’s look at categories that are not growing as fast and put as much focus into those.’

At 60% of sales, the US is Gymshark’s biggest market. The UK comes in second at 25%, followed by the European Union at 15%. Australia and Canada are growing markets – Gymshark switched on its Australian online store in July. A French online store opens this autumn, followed by Russia, India, Japan and South America.

Women’s apparel represented 9% of the business two years ago. This has now risen to 65%. ‘We have to stay relevant,’ says Hewitt. ‘Being relevant to an 18-25- year-old in a few years will be different from what it is now. It’s not going to be easy, but we’re up for the challenge.’

The lowdown on Steve Hewitt, Gymshark’s CEO
Steve Hewitt grew up in the UK. He completed a degree in sports business before finding a job running the commercial side of Adidas’ Reebok brand. Hewitt headed up Reebok’s commercial interests in Europe. ‘Big numbers, a lot of travel, a lot of pressure. I left for one reason only, my wife and I had a little daughter and I was doing around 300,000 air miles a year. It was a work/family lifestyle decision. I wanted to see my kids as they grew up.’

He was head-hunted to run Tiger Turf, which makes artificial grass for sporting and other markets. When he arrived, it was turning over £3 mln a year. He helped take it to £25 mln turnover in three years, after which it got sold to a Dutch consortium. Hewitt met Gymshark when he was doing consultancy work with local businesses. The rest is history in the making.

Quick Facts
Gymshark is a fitness apparel and accessories brand, manufacturer and online retailer. It is currently the fastest growing retail brand in the UK, supported by close to four million highly engaged social media followers, and customers in 131 countries.