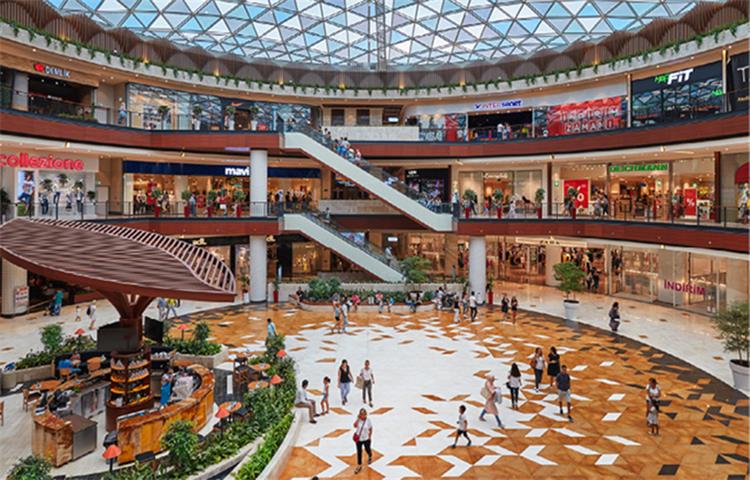 What does it take to be nominated for an ICSC Shopping Centre Award? We talk to the teams behind three of this year’s shortlisted projects, to uncover why they’ve got the X-factor and what helps create a customer love affair.

Each year, the ICSC European Shopping Centre Awards are granted to the shopping centres at the forefront of the European retail real estate industry. This year, 15 centres have made the final shortlist, representing a raft of countries and development stories.

Turkey and the UK each have three centres in the finals, Belgium and France have two apiece, while there are also finalists from Austria, the Netherlands, Poland, Romania and Slovakia. These projects reflect a range of modern retail offerings, from bold new shopping centres and outlets, to game-changing refurbishments and extensions.

We analyse three of this year’s finalists to explore what might have caught the jury’s eye, as well as looking for that all-elusive X-factor which helps create a long-term love affair with shoppers.

‘The challenge was integrating the new section, without impairing the technical, architectural and operational aspects of the existing structure,’ explains Hilmi Noyan of Rönesans. ‘Izmir Optimum’s total leasable area increased from 58,000 m² to 86,000 m² to now host 240 stores, 90 of which are new.

It also has a 3,000-vehicle car park, a sports club, more than 10 new restaurants and coffee shops with an outdoor gazebo area, an ice rink, movie theatre, bowling hall and special-design playgrounds.

‘The refurbishment added two new playgrounds that span 3,000 m2, appealing to different age groups. The playgrounds are designed to help children play intelligently, providing options of sand, grass and water, and are optimised with special-design toys for children with autism.’

‘More than 10 years ago, Equilis launched an ambitious project that spanned the length of the Brussels canal,’ says Muriel Hubert, Marketing Manager at Equilis. ‘At that time, one could barely even imagine building a shopping district in this area, an industrial wasteland abandoned by the people of Brussels. Since then, thousands of people have worked countless hours on making it a reality.’

Bringing together leisure, shops, food, culture, entertainment and activities, Docks Bruxsel is the first new shopping centre to be built in Brussels in more than 35 years.

‘Stores include a mix of premium and international concepts, family brands and independent boutiques, as well as the first Samsung Experience Store, the first Kiabi store in Belgium and other newcomers to Brussels that include Terre Bleue, Nuit de Folie and H&M Home.

‘Green credentials range from a large glass canopy with openable windows, to a unique heating system that takes hot water from the Brussels incinerator.’

‘McArthurGlen Provence is the first designer outlet in the south of France, featuring 125 stores that offer shoppers a coveted collection of luxury fashion labels, premium and lifestyle brands, and local artisans from the south of France,’ says Christophe Deshayes, McArthurGlen’s managing director for UK, France and Belgium.

‘The centre showcases traditional Provençal-style architecture, world-renowned art installations and a spectacular green wall that combine to create a unique shopping and leisure experience for both long and short haul guests.’

As well as range of luxury brands, the outlet centre features a mix of restaurants and cafés, landscaped public spaces, a children’s playground and on-site entertainment. Visitors are welcomed by a vertical garden designed by Patrick Blanc, and a significant amount of landscaping and green, open space complements the traditional village feel that has been created.