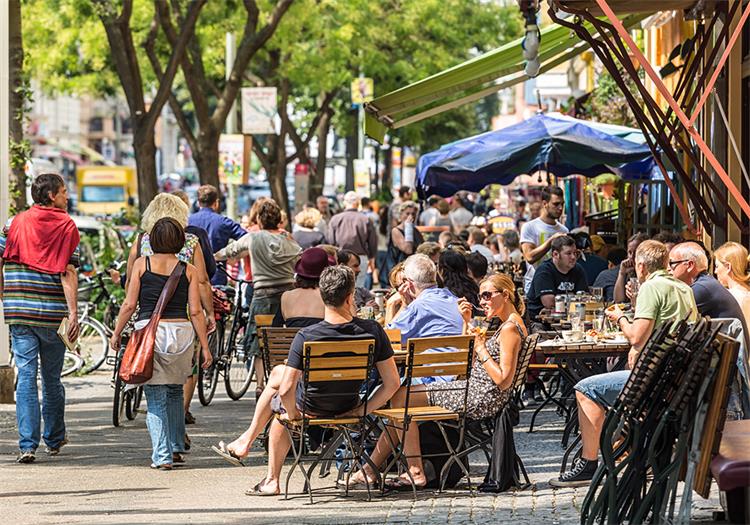 Together with HappyCow, animal rights organisation PETA has come up with a list of the most vegan-friendly destinations in Europe for vegan and vegetarian eateries.

Berlin boasts an impressive 471 restaurants to cater for vegans – don’t visit without dining at Kopps. It also has the world’s first street dedicated to all things animal product-free, Schivelbeiner Strasse, otherwise known as ‘Vegan Avenue’, which is lined with restaurants, bars, cafes and clothes stores.

Amsterdam is famed for its Dutch weed burger (made from seaweed, not marijuana as the name suggests). Other popular spots include Mr and Mrs Watson – famed for its artisan vegan cheese.

The UK capital took third place in the rankings with 177 restaurant listings. London also hosts Vegfest, the biggest vegan event in Europe and also boasts a weekly vegan food market, Broadway Vegan Market, open every Saturday from 10am to 4pm at London Fields, comprising 30 stalls – a vegan ‘butcher’ among them

Back to germany again, to Hamburg where its Vincent Vegan food trucks are doing a roaring trade and have recently opened their first standalone restaurant.

Milan hosts a surprising number of op­tions such as a home decor shop, Be Eco, that is entirely vegan. High-end restau­rants include Joia and Mantra Raw. Less pricey eateries are Alhambra and Universo.

It may not have as high a number of restau­rants as some of its European peers, but 66 still equates to a good selection, Open New Doors being among the best. Goth­enburg also has a cruelty-free hair and beauty salon, Eco Linné, as well as swish vegan fashion boutique chain, Thrive.

Aanaajaanaa is a place of hospitality that traces its heritage back to 1525, and is now a modest all-vegan B&B. Ghent also holds a place in history as being the first Europe­an city to introduce a meat-free day.

Velicious is Strasbourg’s first 100% vegan restaurant. An increasing number of its mainstream restaurants are now intro­ducing dairy-free alternatives to their menus, Pizz’arome being one of them.

The northern Dutch city of Groningen is famous for its museum designed by Alessandro Mendini but is also worth a visit for Blabla, its oldest vegetarian res­taurant which recently bowed to client demand and started serving fully vegan options. Other standout eateries include Cho Fah Eathai, De Herbivoor and Gustatio.