Citycon: The secret is out 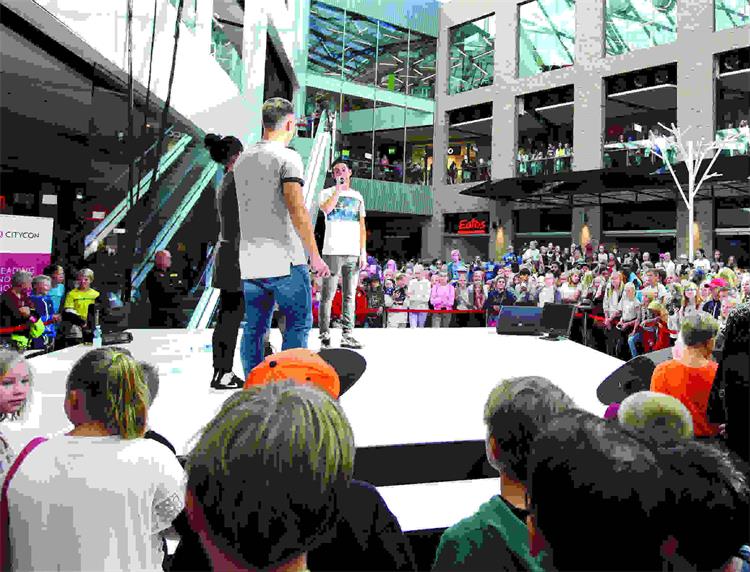 International retailers are discovering that Nordic shoppers like what they’re offering, and the region’s developers are creating modern shopping centre environments to showcase their brands.

Helsinki-listed retail landlord Citycon is adopting an integrated urban approach to new developments,
according to the company’s CEO Marcel Kokkeel.

The company is planning to demolish its existing shopping centre in Lippolaiva in Espoo, one of the wealthiest areas in Helsinki, and replace it with a scheme that will be more than double in size and which will accommodate public amenities including healthcare facilities and a library as well as 350 residential units.

The new metro station of the second phase of the Länsimetro extension and the terminal for connecting traffic will be located under the shopping centre. While Lippulaiva shopping centre itself is not that old, the location is perfect for building a new urban centre, Kokkeel said.

‘This centre will breathe new life into the area. You can’t always build on the past; we’re taking a
long-term view with this project.’

Scheduled for completion in 2020, the new Lippulaiva will host around 80 different shops, cafés, restaurants and services in addition to municipal services and health care facilities. The service offering will have a strong focus on groceries and other necessity driven retail, Kokkeel added.

‘We will be creating a new part of the town and are adopting an integrated visitor approach. It would be a missed opportunity if we were to think in terms of a retail destination only.’

The new metro station of the second phase of the Länsimetro extension and the terminal for connecting traffic will be located under the shopping centre.

URBANISED DEVELOPMENTS
While the residential element is new for Citycon, the company has a history of creating urban and multi-functional developments, Kokkeel said. ‘We already create urban well-connected locations and are focusing
more on healthcare facilities and libraries. We think functionally and we think in terms of our customer needs and we already deal with the municipalities. This is a perfect match.’

All in all, Citycon is looking at developments valued at between €800 mln and €1 bn in the coming years, Kokkeel said. ‘We are developing more and more as part of our goal to improve and expand our existing assets. As part of that objective, we will also urbanise developments where that can add more value
within the portfolio.’

Elsewhere in the Helsinki area, Citycon is currently engaged in expanding Iso Omena, a 65,000 m2 shopping centre in Espoo. The scheme is due to become one of the largest shopping centres in Finland following a 35,000 m2 extension which was scheduled to open on 20 April this year, taking the total
area to 100,000 m2.

‘Iso Omena will be more than just a shopping centre,’ Kokkeel said. 'The centre will also include a healthcare facility and medical services as well as a 3,500 m2 library.’

The beauty of these public services, he added, are that the buildings are leased on the basis of 20-year contracts. Moreover, public buildings like libraries and healthcare facilities create traffic, he said. ‘The library at our Kista shopping centre in Stockholm brings in one million visitors a year.’

Leisure and entertainment are key features at Iso Omena as well, Kokkeel said. Last November, Citycon signed a lease with Duudsonit Activity Park, a Finnish adventure park which will be located on the second
floor of the shopping centre. The 4,000 m2 park is set to open in autumn 2017 and will replace the library and movie theatre, which are moving to new locations. This will be the chain’s first adventure park in the Helsinki metropolitan area.

The extended shopping centre will also accommodate a seven-screen movie theatre, the largest in Espoo. Set to open in April, the new Finnkino theatre will have over 900 seats, and its theatres will be equipped with the most advanced audio and visual systems. Such a forward-thinking approach to shopping centre design is one reason why international retailers such as Rituals, JP Sport, Victoria’s Secret and Superdry have entered the Nordics.

‘We’re seeing a growing number of sexy and trendy names that are new as more and more retailers  recognise the value of the Nordic story,’ added Kokkeel. A  brand like Primark would also do very well in Finland and it’s only a matter of time before they enter the Nordics, he added. ‘The Finnish love bargains and discounts.’

Another brand which the region would benefit from is Uniqlo, he said. ‘The Nordics are really holding out for it. Uniqlo has a down-to-earth offer, they offer quality, value for money and no frills – that’s exactly what Nordic people like!’

OCCUPANCY RATE RISES TO 98%
In December Citycon announced that it had signed up several major new tenants and today the occupancy rate is already 98%. In addition to the expanded entertainment offering, the second phase of the Iso Omena enlargement will see the arrival of several top fashion brands, including Espoo’s first Zara and the recently signed Levi’s store.

This follows the opening of a new Nespresso store last month. Other anchor tenants in the extension include Lidl and H&M.

M.E.E.T CONCEPT IS TASTY
Another key feature of the Iso Omena restaurant world M.E.E.T (Meet. Eat. Enjoy. Together) is also set to grow this spring, with the addition of about 30 new restaurants when the second phase opens. This
will make Iso Omena home to the most diverse shopping centre restaurant cluster in the Nordics, offering a choice of 50 different restaurants and cafés with seating for 3,000 customers.