Athleisure – the fastest growing retail sector in the world? 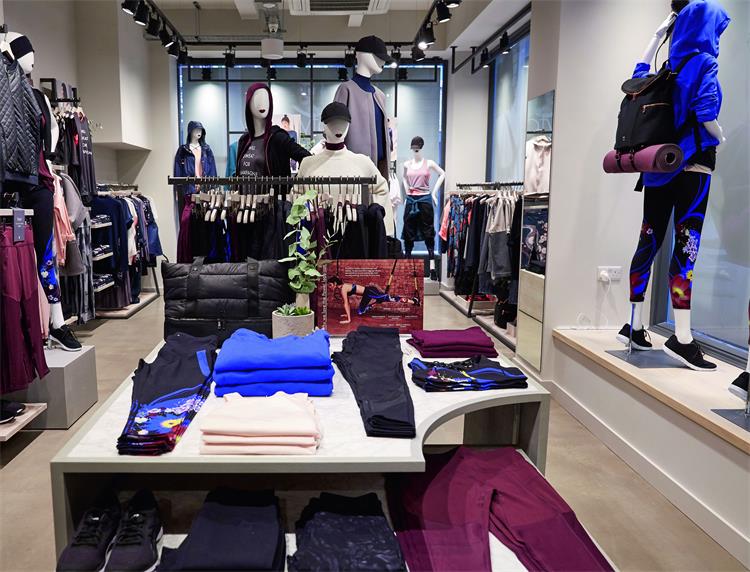 It's the new casual, and it's probably the fastest growing retail sector of all - athleisure is taking the fashion world by storm.

Why is this sector becoming so popular? Perhaps because it’s informal, comfortable and activewear is more accepted in the workplace too. Though there’s probably a way to go before real estate executives are spotted rocking the leisure look in dayglo-coloured lycra around the negotiating table.

Most of all, experts think, it’s because of the rising buying power and influence of millennials, who say they want healthier and more informal lifestyles which better reflects their personalities.

They are rejecting smoking and alcohol, and say they are adopting cleaner eating diets. What better way to showcase your millennial credentials than by wearing Gymshark, Lululemon, Sweaty Betty or Under Armour – and you don’t even have to join a gym.

However, the most successful athleisure brands are no longer simply offering sportswear for the serious athlete.

UK-based Gymshark is the perfect example. From its beginnings (just five years ago), as a brand for gym enthusiasts, it’s now targeting those aged between 18-25 whose lives revolve around fitness, fashion and music.

To counter competition from challenger brands such as Gymshark, the world’s biggest fashion brands have been quick to come out fighting: SuperDry, H&M, Gap - even Primark have launched their own athleisure departments – but every fashion brand, from Zara to Reserved, have some active wear in their clothing range.

For the original sportswear retailers, too, active wear is a growing market, supported by Hollywood stars such as Kanye West working with Adidas, Rihanna with Puma and Michael Phelps with Under Armour.

Activewear brands have been quick to capitalise on the world’s celebrity culture. Under Armour has 3.4 million followers on Instagram, Lululemon Athletica has 2.1 million and new kid on the block, Gymshark, isn’t that far behind with 1.6 million. However, these figures are dwarfed by Nike’s mighty 74 million Instagram followers – not surprising for the much more global established brand.

What’s also different about the new ‘upstart’ active wear brands, is that most of them don’t think they need a physical store. But that appears to be changing.

The rise of 'Athleisure' in retail

Athleisure is one of the key trends influencing the fashion sector and beyond and has become the new casual, according to Yvonne Court, partner cross-border retail at Cushman & Wakefield.

‘Not limited to just sport and fitness wear or essentially for wearing indoors, it’s been around for over a decade, but took around two years ago to become a fixture, though it’s been a mainstay of the American lifestyle for many years now, filtering into the UK market through a medium of university students and the rise of healthy living.’

What consumers wear on a daily basis has become more functional, both at work and for going out. It has also become more acceptable to wear athleisure outfits in places where, a few years ago, it would have been frowned upon.

Major retailers enrolling ‘key influencers’ to increase the visibility of athleisure to a global audience has also driven its popularity, she says. ‘A great run of active wear sales by companies such as Under Armour and Lululemon Athletica has also prompted the entry of everyone, from Kanye West and Stella McCartney partnering with Adidas, Puma by Rihanna, to Beyonce with Topshop, and Alexander Wang with H&M.

‘However, it’s still very much a sector in evolution and not some passing fad.’

One of the reasons for the massive popularity of the athleisure trend is that it filled a gap in the market place, where functional clothing was not particularly stylish, says Court. ‘Lifestyle is now king of product and is a ripe territory for brands offering athleisure clothing to expand into. This relaxed standard of clothing has been largely driven by the millennials where smarter outfits are now being complimented by a pair of trainers.’

Their increased health consciousness, and a cultural shift in the workplace, will still result in suits being worn to the office though this lifestyle change may result in that being tracksuits, she added.

The impact of the rise of athleisure has been felt on other casual wear sectors such as denim, where it has had to adapt its products, adds Court. The trend for yoga pants and fashion-influenced sportswear has quickly become one of the biggest sources of growth for embattled high-street clothing chains.

Even mainstream retailers in the UK such as Marks & Spencer, New Look, H&M, J. Crew, Forever 21, Gap and even Sainsbury’s and discounters Wal-Mart and Target have all launched athleisure wear.

‘Other players have been getting in on the act. Luxury fashion online retailer Net-a-Porter launched a separate site dedicated to athleticwear (Net-a-Sporter). Meanwhile, upmarket department store Selfridges has its “Body Studio”; a floor dedicated to athleisure.  The number of luxury players producing premium-priced trainers and athletic wear has meant the market is entirely aspirational,’ she says.

The rise of upmarket gym chains, such as The Third Space, Equinox and Soul Cycle, despite their expensive memberships, has also fuelled demand for premium sportswear.

However, perhaps the trend is about to stall. ‘There are questions about whether it is on the brink of saturation,’ Court says.

Which are the upcoming retail brands?

Companies such as Gymshark, Sweaty Betty, Y-3, Athleta and Alo Yoga continue to increase their presence as the athleisure trend grows.

The Champion, Ellesse and Fila brands are back on the expansion trail, having waned in popularity.  Champion has just opened a store in Soho, London. The market could soon face saturation with several dedicated brands now in the market including Outdoor Voices, Eysom, Rhone, Ten Thousand and Fourlaps.

THE BRANDS: New kids on the block

Founded in Canada in 1998 as a ‘yoga-inspired technical athletic apparel company’, the first stand-alone store opened in Vancouver in 2000.

In 2017 the brand opened its Europe flagship store on Regent Street, London, bringing together the latest in retail technology, locally inspired design, community experiences, and the brand’s personal guest experience.

March saw Lululemon open in Ireland, and in April the brand expanded into Japan, taking 2,400 sq ft of space on the fifth floor of the Ginza Six Mall in Tokyo.

The company now has over 420 stores across the world, including Canada, the US, Europe, China, the Middle East, Australia and New Zealand as well as Japan.  It has a stated ambition to achieve ¢4 bn in revenue by 2020. For the second quarter ended July 30, 2017 net revenue was $581.1 mln, an increase of 13% compared to the second quarter of fiscal 2016.

Another brand which launched in 1998, this time in Notting Hill, London, Sweaty Betty now has 50 shops across the world. It was founded by Tamara Hill-Norton, who previously worked as a buyer at Knickerbox.

Celebrities seen wearing Sweaty Betty include Hollywood actresses Reese Witherspoon, Jessica Alba, among many others, and the Duchess of Cambridge has been seen in the brand’s trainers.

This September saw the launch of a new store on Carnaby Street, London, which includes a fitness studio. The 3,500 sq ft store is the company’s largest in Europe and is part of the brand’s strategy to expand into experience-driven retail.

Part of the once mighty Gap Inc retail empire, Athleta launched in 1998, designing for, and designed by, women. It now has 130 stores across the US.  In 2016, the company launched Athleta Girl, introducing new styles for the next generation.

The company sees Athleta as a growth brand, and aims to exceed $1 bn in net sales in the next few years, driven by growth in online and mobile channels, US store expansion, and continued market share leadership in loyalty categories.

THE BRANDS: The establishment

Established in 1964 as Blue Ribbon Sports, an importer of sports shoes. It became Nike Inc in 1971 and company founder Bill Bowerman filed his first patent in 1974, after making shoes using his wife’s waffle iron. The company designed shoes for sportsmen who were to go on to become legends, such as Michael Jordan and Tiger Woods and expanded into wider sportswear.

This June the company reported fourth-quarter revenues up 5% at $8.7 bn, a 7% growth on a currency-neutral basis, the company said, driven by double-digit growth in Western Europe, China, and emerging markets, and strong growth in sportswear and running.

Launched in Bavaria, Germany in 1900 by Adi Dassler to provide athletes with the best possible equipment. From 2000 the company introduced a lifestyle segment, focussing on sports-inspired streetwear and new partnerships developed with Yohji Yamamoto (2002) and Stella McCartney (2004) were born along with exciting labels such as Y-3 (2003) and Porsche Design Sport (2007). In March this year, Adidas reported 2016 sales of €19.3 bn, up 18% year-on-year on a currency-neutral basis.

Kasper Rorsted, CEO of Adidas, said : ‘2016 was an exceptional year for Adidas. We have improved the desirability of our brands and products around the globe. As a consequence, we were able to increase revenues strongly and achieve a record net income of more than €1 bn for the first time in the history of our company.’

An Italian brand born in the foothills of Northern Italy in 1911, the company transformed itself into a global designer of high-end sportswear in the 1970s with sporting celebrity endorsements. In 2007 the company was taken over by Fila Korea and is now owned and operated from South Korea.

Founded in Perugia, Italy in 1959, primarily as a manufacturer of ski clothing, Ellesse enjoyed huge global success, with sports celebrities such as Boris Becker and F1 driver Alain Prost stepping out in the brand.

Ellesse waned in the 90s, was overtaken by the mighty Nike and Adidas, and bought by the global family of sports, outdoor and fashion brands Pentland, which also owns Canterbury of New Zealand, Ted Baker footwear, among many others. Revenue growth at Ellesse was up 45% in 2016.