US and Chinese platforms are poised to reshape retail in Europe 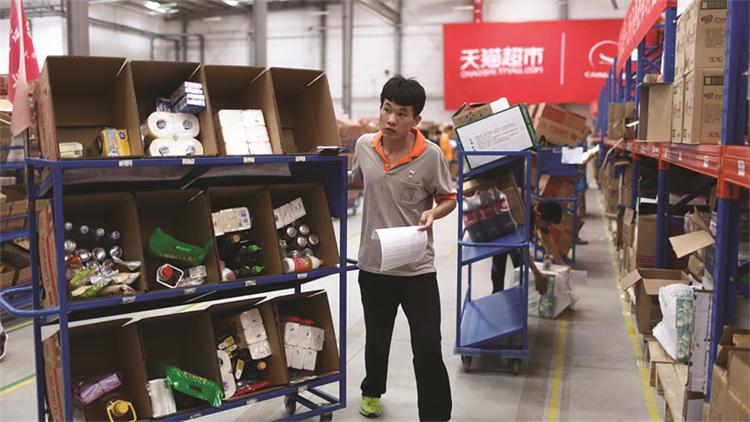 As the rise of the global commerce platform model starts to intensify, European retailers have to work out if they should partner, collaborate or compete with the dominant platform players from the US and China.

One of the hugely popular themes at the National Retail Federation’s annual event in New York earlier this year highlighted that platforms are moving rapidly from transaction providers – selling other people’s products – to retail-as-a-service providers. As the battle for market share continues to intensify, Europe’s retailers are firmly on the platforms’ radars.

Cloud-based commerce players like Google, Microsoft, Amazon and Walmart as well as the Chinese e-commerce leaders Alibaba and JD.com are actively promoting their platforms to support retailers in their often-complex digital transformation journeys. If any retailers in Europe are concerned that they are going to be disrupted, they will have to work out quickly how they will collaborate or partner with these commerce behemoths.

The Chinese and US platform players have become very successful in operating across multiple service propositions such as payments, fulfilment, logistics, content, search and product. The challenge for European platforms is that they have not achieved a similar level of diversification or scale.

‘I predict that by 2025 that if you have more than 2% market share in a given category that you will have to be a platform or trade through a platform,’ Martin says. ‘If you are below 2% and you are a local hero, you’ll be OK. But if you are a mass merchandiser operating with a market share higher than 2%, then you will not be able to survive alone. A lot of the well-known European brands may struggle.’

China’s e-commerce giants stake a claim
The Chinese players today are not yet present with on-the-ground consumer offerings in Europe but they are selling from China and Asia into Europe. They are also focused on taking Western brands to China – and asking European merchants to accept their payment platforms.

JD.com’s plans for an office in Germany and logistics hub in France are reportedly delayed due to corporate restructuring, but Alibaba has already entered into various partnerships with retailers, including HEMA and Auchan. Alibaba also plans to construct an automated distribution facility at Liège airport in Belgium that would serve as a central AliExpress European hub. This logistics facility will help small-size Chinese and South East Asian merchants on AliExpress sell more products online to customers across Europe.

‘While Europeans enter into alliances with the Chinese, the Chinese think about it very differently,’ says Marc Reijnen, Head of Asset Management – Continental Europe at M&G Real Estate. ‘The Chinese will try to make their consumer market global. They have the capacity to roll out technology and innovation, which goes beyond what the Europeans are able to do.’

Alibaba’s payments arm Alipay, which is run by affiliate Ant Financial, is the world’s largest with an estimated 1 bn users worldwide with around 700 mln in China. Alipay recently secured a licence in Luxembourg, paving the way for business in continental Europe. In mid-2018, Alipay signed a deal with Barclaycard, which processes a very large proportion of UK debit and credit card transactions. That deal crucially allows UK merchants to accept Alipay smartphone transactions without need for any hardware changes or upgrades.

‘There are important opportunities to leverage some Chinese ideas selectively and adapt them to Western markets,’ says Elisabeth Denner, a Partner in the Luxury, Consumer Goods & Retail Division at BearingPoint. ‘Western retailers should up their game and learn from China, adapting their most innovative retail technology and strategies for Western markets. One priority should be to use social media and alliances with non-retailers to create more customers for life, leveraging upcoming retail-as-a-service offerings.’

US platforms compete for retailers
The US-headquartered commerce platforms with global reach were flexing their retail muscle at the National Retail Federation event in New York. Industry analysts have been busy predicting a future that features forerunners Microsoft Azure and Google Cloud Platform taking the lead over Amazon Web Services (AWS). Retailers will of course be likely to partner with AWS, but as the retail-as-a-service pundits are suggesting, there could be more of an open field for Azure and Google Cloud. While there are numerous examples of partnerships and collaborations, listing them all is beyond the scope of this article. But select developments stand out.

Carrefour became the first retailer to partner with Google in France on a new grocery shopping experience – set to launch this year – that will be available through the Google Assistant, connected speakers like Google Home and a new experience on the Google shopping website in France. Carrefour announced it will open an innovation lab in Paris this summer in partnership with Google Cloud where Carrefour engineers will work alongside

The way forward for Europe
As in any industry, there is arguably strong merit in being a first mover. ‘You are much better to be at the forefront, cooperate and make use of the developments,’ says M&G’s Reijnen. ‘The platforms are an evolution much like e-commerce was. Some decided not to take part in the e-commerce developments and they have lost out.’

It’s clear that some European retailers have the opportunity to become a platform, collaborate with a platform or will simply have to accept that they may not have the scale as a mass merchandiser of the future.

‘There are platforms in Europe, but none with the scale of those that are in the East or West,’ says Martin. ‘What we will likely see though is a number of European and global legacy players. The Europeans have very likely missed the boat unless there is significant consolidation.’

How consolidation is shaping up
UK supermarket chain Asda’s US parent Walmart is aiming to transform into a large platform with notable acquisitions. Walmart and Flipkart Group closed a US$16 bn deal in 2018 that made Walmart the largest shareholder in Flipkart with 77% of shares in the India-based e-commerce company. Also, in 2016, Walmart acquired US-based, fast-growing Jet.com for $3 bn in cash plus $300 mln in stock. The deal was sealed to help Walmart attract younger and more affluent customers to drive online sales.

Global furniture retailer IKEA bought TaskRabbit in its anticipated move to create an online platform offering furniture not just from its own ranges but also from rivals as part of its transformation. TaskRabbit is an on-demand platform for hiring people to do jobs such as building furniture to waiting in queues for popular product launches at stores like Apple and Nike. IKEA is expected to test selling on third-party websites such as China’s Alibaba or Amazon, according to Torbjorn Loof, Chief Executive of Inter Ikea, but with products more aligned to its own offering rather than general retail.

All eyes are on the UK’s largest grocer Tesco and Europe’s largest retailer Carrefour – with 19,000-plus stores between them – as they progress their three-year strategic joint-purchasing partnership to negotiate lower prices on their own-label products. The new operating company model will have the potential scale to compete with the grocery discounters Aldi and Lidl as well as Amazon as it rolls out plans to expand into physical store grocery retail.

Online-only supermarket operator Ocado in the UK is using its expertise in the food delivery segment to create a business-to-business platform model to partner with retailers that want to expand their online grocery sales. M&S will pay Ocado £750 mln for a 50% share of the new

Ocado.com joint-venture, which will begin trading in September 2020 when Ocado’s deal to supply Waitrose products expires. This follows Ocado’s 2017 £15 mln deal to build a robotic warehouse for French retailer Groupe Casino to pick groceries for customers of Casino’s Monoprix brand. Around the same time, German discount chain Aldi signed up with Instacart to partner with the platform to provide a delivery service.

All subject to regulatory approval
The carve-up of European retail by the commerce platform giants might appear to be an inescapable industry-changing trend like e-commerce, which has reshaped the way retailers and consumers transact. However, largescale mergers and acquisitions will be subject to approval from the competition and regulatory authorities in Europe.

‘Will the regulator allow these types of platform monopolies to develop the way they are developing at the moment?’ asks KPMG’s Martin. ‘There will be a ginormous trade question around the trade-off of privacy versus convenience. In China, for example, the consumer has decided that the benefit of convenience in many cases outweighs the necessity to keep all of their data private. So they will trade their data for enhanced convenience.’

If the ongoing influence of US and Chinese commerce platforms does create a group of less than a dozen dominant players in Europe, it’s looking highly likely that retailers of all sizes will have to act promptly to establish their role in the fast-changing retail ecosystem. The future’s looking potentially bright, but only for those that are quick to choose partnerships, collaboration or consolidation.