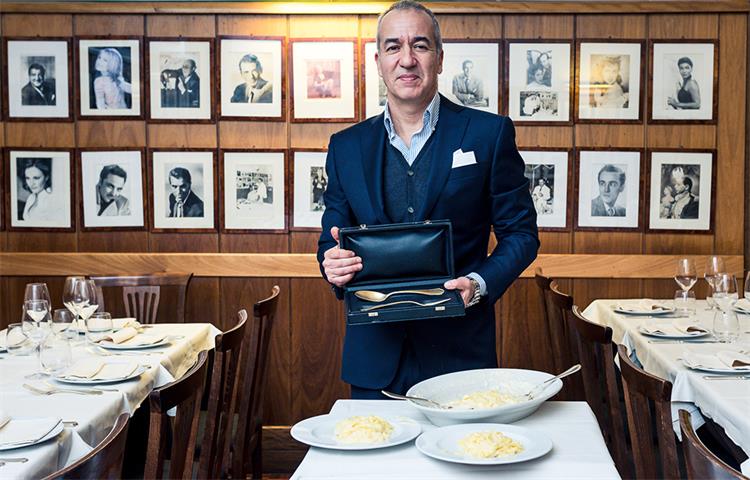 An iconic Rome restaurant is launching finedining and pasta bar franchises to capitalise on one of the world’s most famous Italian dishes, Fettuccine Alfredo.

Mario Mozzetti and Veronica Salvatori, partners in Ristorante Alfredo alla Scrofa in Rome, are preparing to take on the world with a plate of pasta.

Since their launch at MAPIC in Cannes in ­November, when they unveiled franchise plans for their famous restaurant in the Italian capital, enquiries have been flooding thick and fast to export the traditional Fettuccine ­Alfredo concept to all four corners of the world.

Mozzetti knew he had a treasure on his hands when he inherited the restaurant, custodian to one of the most famous Italian dishes in the world, Fettuccine Alfredo. But what was always clear was that the dish – one of the best-loved Italian recipes in the US ­today – had not been exported intact.

‘If you order Fettuccine Alfredo today at any restaurant in the States, you definitely won’t eat this,’ he says, gesturing towards the signature dish, which combines high-quality fresh egg pasta, butter from Piedmont and aged parmesan cheese. ‘The ready sauces are even worse, adding chicken, broccoli and cream.

‘Franchising Fettuccine Alfredo isn’t just about capitalising on our fame, it’s about finally sharing the real recipe with the world, for those that can’t visit us in Rome, and offering a fast version of the dish in downtown city areas.’

Now, Mozzetti and Salvatori are rolling out two versions of the restaurant, a finedining concept called Alfredo Restaurant which will be franchised to luxury hotel chains in capital cities and key urban areas, near districts frequented by tourists and significant economic and financial zones.

‘The food offer includes a specialised menu featuring recipes from the Roman and Italian tradition, with international elements designed to suit consumers coming from a range of cultural backgrounds, with a variety of habits, origins, needs and tastes,’ Mozzetti says.

‘The other format is a pasta bar called Fettuccine Bar, designed for shopping centres, airports, stations and high street locations, with a preference for high-density destinations in commercial districts. The food offer includes different types of fresh pasta with numerous sauces that the customer can choose from.’

So far, firm interest in franchising the pasta bar has come from operators in Dubai and Jeddah, while US firm Villa Restaurant Group is interested in rolling out a chain of pasta bars across the States and investing in the fine-dining option.

‘To date, we’ve had plenty of enquiries from the US, northern Europe, the Gulf States and Brazil,’ says Mozzetti. ‘It’s the authenticity that appeals. To create the franchises, we won’t only send our own chefs to train the staff but will also provide the high-quality sauces which we’re currently preparing with a partner in Piedmont and ensure that they acquire the right pasta making machine.

‘It’s our name and our reputation that’s at stake, and we’re passionate about the recipe. We’d much rather sell lower volumes at a higher cost and quality, than compromise on the ingredients to make a fast buck.’

The origins of Fettuccine Alfredo

In 1914, Alfredo di Lelio, the owner of a small restaurant in a historic side street in Rome, was struggling to create a dish to feed his pregnant wife. He wanted something nutritious and tasty, but simple at the same time. He experimented with stirring fresh egg pasta with melting butter and grated parmesan, creating a recipe which would henceforth be known as Fettuccine Alfredo. Not only did it become the restaurant’s signature dish but it ended up becoming one of the most famous Italian recipes in the United States.

How does a dish travel from the pre-war streets of Rome to the menu of every Italian restaurant in the US, and every supermarket shelf of ready sauces? ‘The story is a mix of simplicity and flair, much like the recipe itself,’ says Mozzetti.

‘This dish became famous in Rome in an extraordinarily short space of time. What made it special was the theatrical way in which the dish was served – which still requires a final flourish at the table today, as the pasta is tossed and stirred in front of all the guests in the restaurant.

‘Then there was a pinch of luck. Mary Pickford and Douglas Fairbanks, two stars of Hollywood cinema at the start of the 20th century, spent their honeymoon in Rome in 1920 and simply fell in love with the restaurant and what they’d eaten.’

As a sign of thanks for the hospitality they had enjoyed, the two actors sent Alfredo a gold fork and spoon engraved with their names. ‘According to the story, the recipe travelled back with them to the States, inspiring copycats and passing it on by word of mouth until it came to dominate the menus of every Italian restaurant in the US.’

International demand for pasta is in constant growth mode. In 2015, Italy exported 1.8 million tonnes of pasta, or 56% of total production. While Germany, the UK and France are the top three European countries in terms of demand, sales outside Europe are highest to the United States, followed by Japan.

Asia is characterised by an increasingly dynamic market, particularly in China and South Korea, while UAE countries are also in growth mode. More than 48 countries produce at least a million tonnes of pasta per year and in 52 countries at least 1 kg of pasta is consumed per person annually. 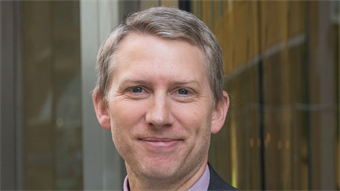 We are all different, aren’t we? As my German acquaintances like to remind me, German nationals tend to prefer using cash to credit cards. They also seem to be hotter on asserting their privacy. 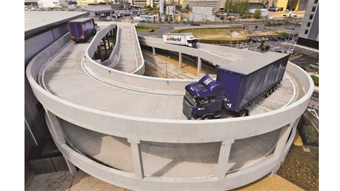 Today’s rapidly changing consumer behaviour offers amazing opportunities, yet at the same time places tremendous pressure on retailers, the real estate industry, and logistics specialists. But though nailing the last mile or even the final hundred metres in logistics is potentially lucrative, is the last-push ecosystem sufficiently innovative? 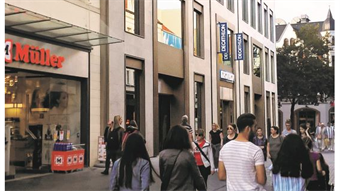 Pan-European real estate investment manager Redevco has made a commitment to make its entire portfolio Net Zero Carbon by 2040, an ambition encapsulated in the campaign ‘Mission 2040’. Clemens Brenninkmeijer, Head of Sustainable Business Operations at Redevco, explains what the company’s new sustainability goals entail. 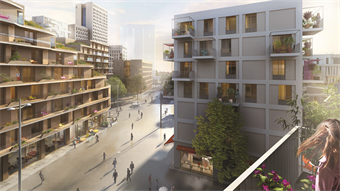 The development of urban districts and neighbourhoods is an activity that SES has been intensively engaged in for a long time. SES operates approximately 30 shopping centres across six European countries and the first managed shopping street in Austria in a joint venture with Wien 3420 aspern Development AG in Vienna. 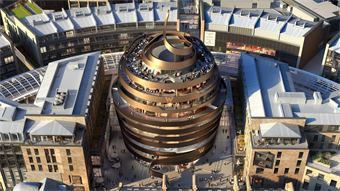 Edinburgh's answer to the city centre of the future

Edinburgh St James is bang on trend with its mixed-use development that is designed to be value-additive to the Scottish capital city and ahead of the curve in getting brands to work together for collective positive outcomes. But as construction of the 850,000 square feet scheme gears up for completion, time will tell if there is sufficient demand in Edinburgh to support the entire city centre.